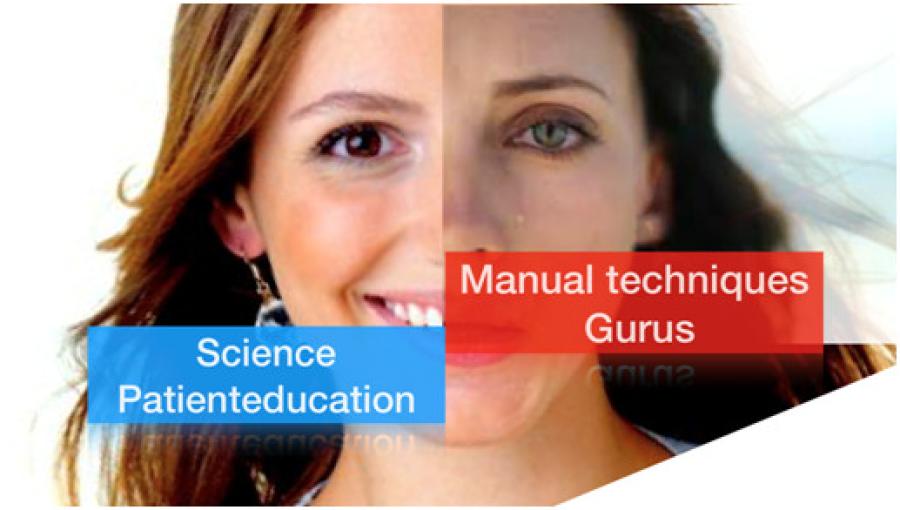 In the last decade, the NMT has made a significant paradigm shift. Dominant "hands on techniques" have been replaced with modern "hands of" therapy models, like explain pain explanation/ education as well as cognitive behavioral strategies from the social sciences and the increasing demand for therapy evidence (external evidence). There is a visible split in the professional group that can be noted and might, in my opinion, be classified into 5 groups:

These 5 profiles are deliberately described a bit in black and white. In each country, they may vary and everyone knows colleagues who fit into these profiles and .... in which profile do you find yourself? Maybe we have a little bit of all 5 at some times 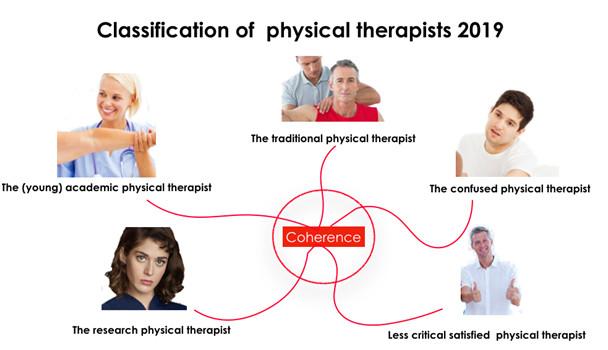 The danger is obvious that this split will be larger if  a colleague sticks to her/ his traditional or her/ his convinced attitude, ideas or has no opinion of her/ his profession. Transparency, clear statements as a person or as an organization (education and/or political) are, in my point of view, a common treat to maintain or improve a healthy coherence within the profession. Therefore, special attention should be paid to the following points:

Assessment and treatment of head, face and neck problems is a specialized form of (neuro) musculoskeletal therapy and CRAFTA is a worldwide organization providing education in this domain. How is the current situation within this organization regarding the above stated points of attention?

CRAFTA and the points of attention

Gurus in TMD with a physiotherapeutic background such as M Rocobado, S Kraus, P Trott but also G Grieve, G Maitland, D Butler have been stimulating personalities, who have strongly influenced the CRAFTA training as it is now. These gurus are embraced but also criticized and updated.

External evidence is possibly integrated but also this (external evidence) is again critically reflected. For example,  the current DC/ TMD (2014) is not suitable enough as a classification for physiotherapists. The same criticism exists for the classification of (cranial) neuropathies. For this purpose, the CRAFTA organization has set up a "research group" that assembles (clinical, external) evidence and by this also conducts own studies in the head, neck and face region.

CRAFTA statements about education and treatment

Statements show clearly what you stand for and what you do NOT stand for. In 2019, the CRAFTA Teacher and Research Team will publish their opinions on hygiene, cranial manual therapies, pain education, (cranial) neuropathies, TMD and pediatric treatment on the CRAFTA website.

This can serve (the traditional, young academic, the confused and the less critical) colleagues in their decisions and cooperation’s. Further, it helps (if possible) the coherence in our professional group of physiotherapies. Furthermore, it also makes for colleagues, doctors and patients what we stand for: assessing and treating neck, head and face problems as best as we can respecting the individual patient, imbedding evidence and cooperating with other professions.